The Great Depression may have been the best thing that ever happened to Brunson Instrument Company.

The founder's story is like many of the early 1900s: an ambitious, gifted and intelligent young man moves from a hardscrabble farm (and a log cabin!) to the big city to look for work.

Amber Nelson Brunson was forced to leave school after the 3rd grade to help his family make ends meet, but what he lacks in formal education he makes up for in mechanical aptitude, design skills and determination.

The budding entrepreneur launches a surveying equipment repair business in Kansas City. The year is 1927, and this creative and dedicated 23-year-old doggedly pursues his dream of designing, testing and manufacturing new products—often toiling late into the night, snatching bits of sleep on a cot in the corner of his shop. 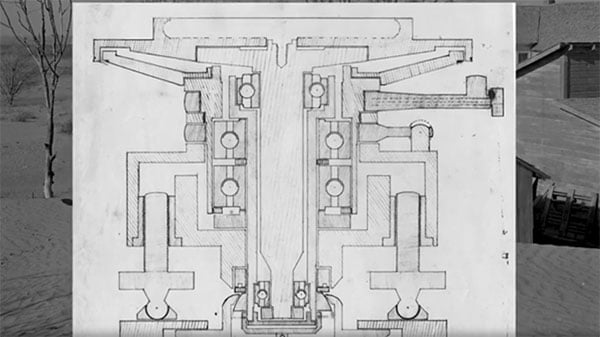 Within two decades, Brunson's product design skills would find him helping aircraft manufacturers launch the jet age, and soon after, the space age, as rocket builders would seek his creative new industrial measurement tools. His company's precision products would ship to industrial customers factories around the world, and still do to this day.

Mr. Brunson died at age 83 in 1989—the two dozen or so patents he earned was a testimony to his tenacity and his genius. His creative legacy lives on with Brunson Instrument Company's 13 patents pending and 9 granted in just the last ten years—Amber Brunson would have been proud of our current innovations, like STASIS, KinAiry, TetraLock, and our many stands for 3D metrology. 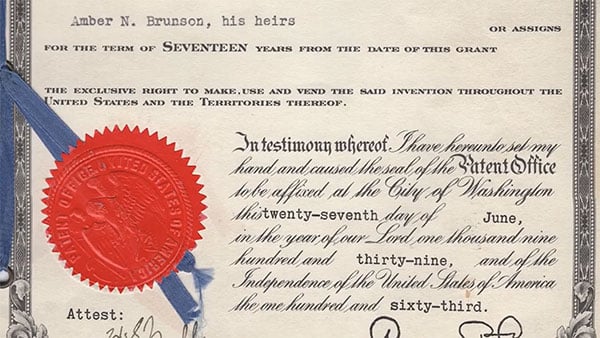 Amber Brunson's very first patent was born out of economic necessity and extreme weather conditions—the Great Depression and the Dust Bowl—and the resulting product put the company on the map.

How do you grow a business when no one has any money? Amber Brunson had an idea...