Brunson Hangs Out with the Penguins 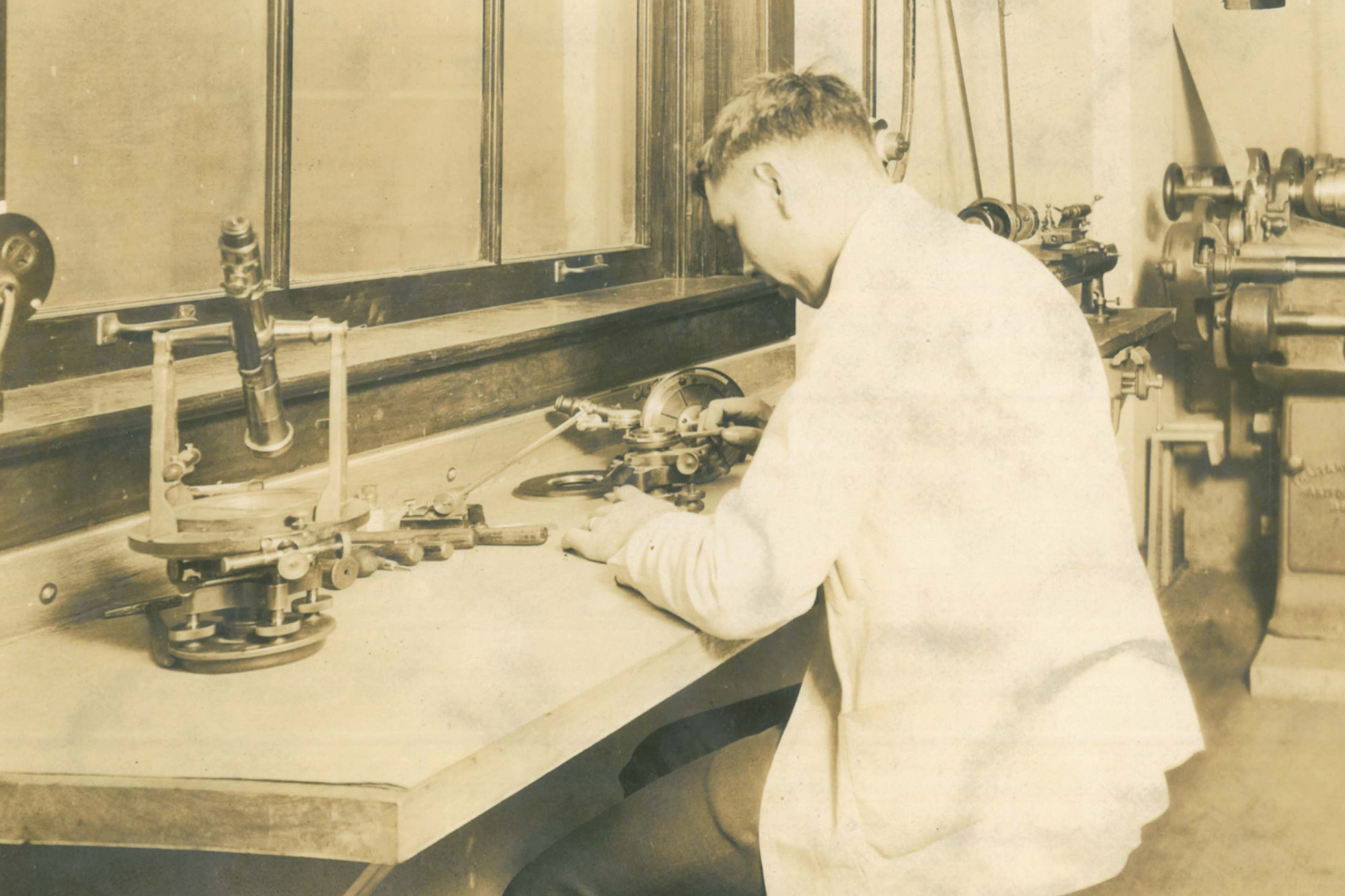 In 1927, my grandfather, A. N. Brunson, was 22 years old. That was the year he established Brunson Instrument Company in the back room of a map business in downtown Kansas City, repairing surveying instruments. When the Great Depression came along, he was fortunate to keep very busy because no one could afford new instruments – so they came to him to repair their old ones.

My grandfather was a very persistent thinker and inventor. He saw the instruments that came across his workbench, and analyzed what went wrong with them. He was always thinking of ways to improve their design. During the dustbowl of the 1930s, he saw how dust destroyed the main bearing systems of those transits and levels. He knew there had to be a better way. This led him to his very first patent – the “Brunson dustproof ball bearing spindle”. It became a hit and he started retrofitting this base on a lot of other manufacturers’ instruments. 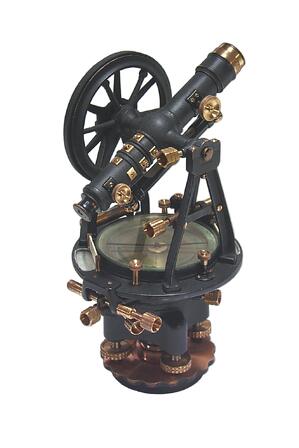 It was about this time, in the late 1930s, that I believe President Roosevelt started getting a little nervous about leaving a continent of ice at the bottom of the world without an American presence. So, he and Congress established the U.S. Antarctic Service and commissioned Admiral Richard E. Byrd, who had been there before, to go to the South Pole and establish that presence.I really wish I knew how my grandfather and Admiral Byrd got together. Unfortunately there is no one left to ask about this. Later in my grandfather’s career, it would have been easier to believe. He worked with some pretty “high-up” people. He even got invited to the White House by LBJ. But back in 1939… let’s just say that I would not have thought that Admiral Byrd had his number on speed dial, so to speak. 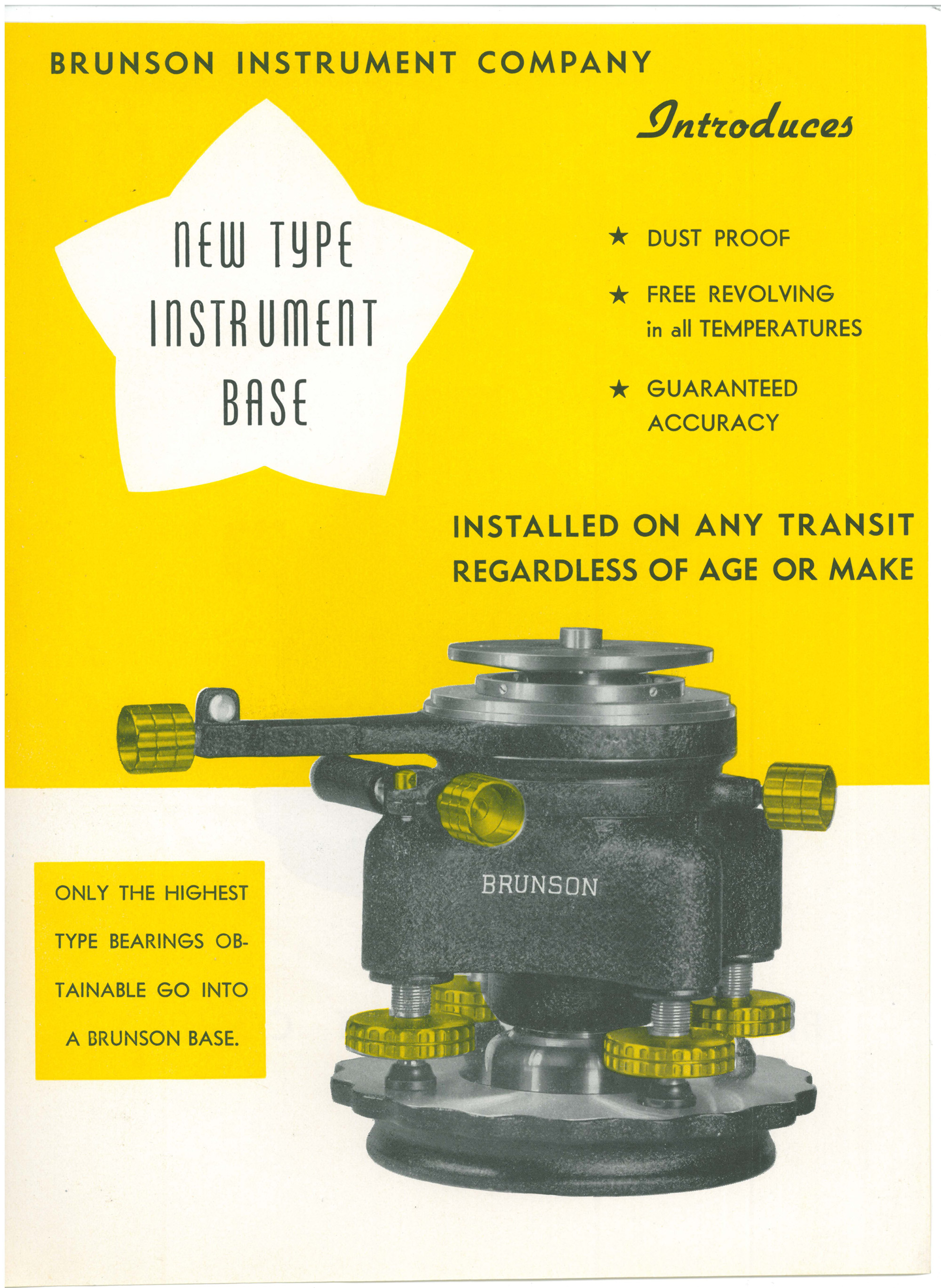 But somehow, this connection was made, and Admiral Byrd took one of my grandfather’s modified transits with the brand new patented base to the South Pole. He also took some transits made by others, and wouldn’t you know that my grandfather’s transit was the only one that worked in the extreme cold. The others froze up. Byrd and his crew were using them to lay out the buildings for their base camp, Little America III. On August 30, 1939, my grandfather received a Western Union telegram from the South Pole thanking him for the use of the transit. None of this surprises me, knowing my grandfather. Besides the fact that Byrd’s transit had the new patented, sealed base, I’m certain my grandfather put that thing into a deep freeze with dry ice for many hours, investigating the effects that the cold temperatures had on the lubricants, optics, and controls of that transit. He analyzed, redesigned, modified, and experimented until he had an instrument that he knew would work for the Admiral. Only then did he send it southward. 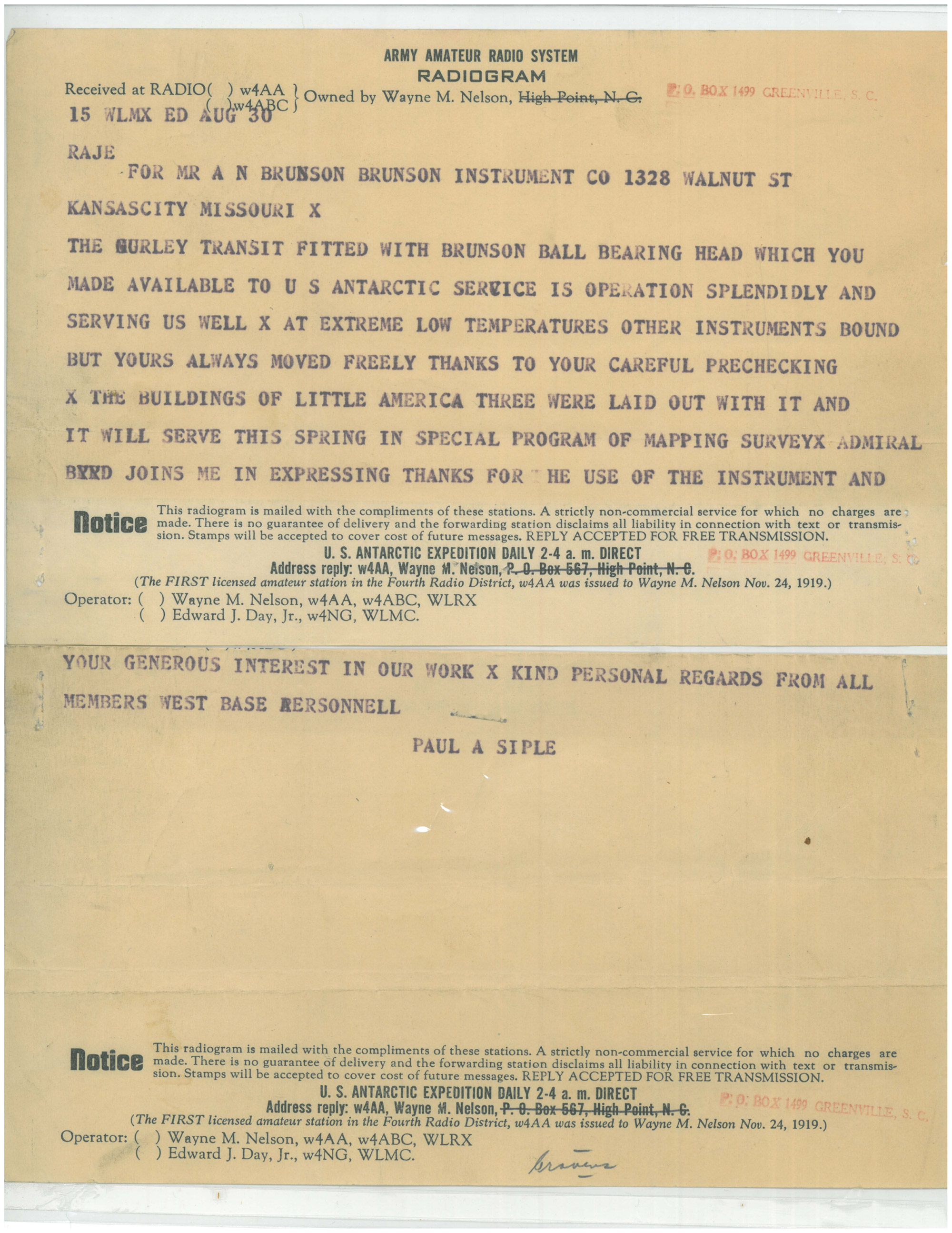 We have the “Byrd Transit” on display in our office, along with the telegram from Admiral Byrd’s team, reminding us of my grandfather’s dedication to quality. I do know for a fact that with him, quality was a very personal thing. He equated the quality of his products to the value of word, and put his name on every one. So it’s really not surprising to me that his transit was the only one that worked at the bottom of the world. He would not have given the Admiral anything less.

Today we still see these instruments come through our services lab. It is always a humbling reminder of our heritage.