How the Brunson Rock Pile Came to be.

My grandfather,  A. N. Brunson, was a real character. He was always doing something that hadn’t been done before, just to see if he could do it. He especially enjoyed doing those things if other people said it couldn’t be done. One of those things was making the Rock Pile.

By the late 1940s, Brunson Instrument Company occupied a two story building in downtown Kansas City. We had been manufacturing surveying instruments, but by that time, my grandfather was getting into industrial measurement equipment. The demands of making this new, highly accurate product caused him to realize that his building was being rattled by street cars and trucks on the street. He and his crew had to wait until the wee hours of the morning to perform some of the delicate manufacturing operations and calibrations required for this new product line. Finally he got tired of this.

I was fortunate enough to work with my grandfather for many years and came to know him pretty well. I wasn’t around at the time he hatched the idea for the Rock Pile, but I can just imagine the wheels turning in his head. For the most stable manufacturing environment, he knew that he needed a factory that was all on one floor – the ground floor. He could have bought a one-story building, but what’s the fun of that? As usual, he preferred to cook up a radical idea.

He bought 7 or 8 acres on the east side of Kansas City, fronted by a limestone bluff. I think he paid about $4,500. While his factory downtown continued turning out product, he went to work. He and one of his brothers (my uncle Claude) assembled a crew and started mining operations into that bluff in 1955. They set up two rock crushers in the parking lot. They sold the rock and gravel, and bought more dynamite.

The community didn’t know what to make of this. They were OK with the idea when they thought it was just a limestone mine. No big deal. But… he’s going to what? Move his office and manufacturing operations into a cave? That’s crazy.

It was crazy enough that nobody in the area had done it before. Some people around town called it “Brunson’s Folly”. My grandfather and his brother were unfazed. Even when uncle Claude almost blew himself up. He was in the mine one late afternoon, lighting fuses with his carbide lamp. When all of the fuses (probably about 50 - 75) were lit, he turned around to get out of the cave. But his lamp blew out. In pitch blackness, he felt his way along the wall as far as he could, went around a corner, and put his fingers in his ears. He walked out later, looking very dusty but unhurt. His lamp is in one of our office display cases today.

They tunneled straight back into the bluff, then cut the first cross-tunnel at the back, coming from both directions. When the back tunnel was fully opened, family and friends went back there, built a campfire, and had a wienie-roast.

The mining went on for 5 years, but in 1960, my grandfather moved his company into his brand new underground space. For many years, giant rock piles remained outside. I think it was my dad, Gene Brunson, that coined the term “Rock Pile” to refer to the company’s location. And that’s what my brother and I called the cave for many years. The Rock Pile was a place of great fascination, both inside and outside. On the outside, fossils and puddles with tadpoles, which are great when you’re 5 years old. And inside, products being made that were going to help send a man to the moon. 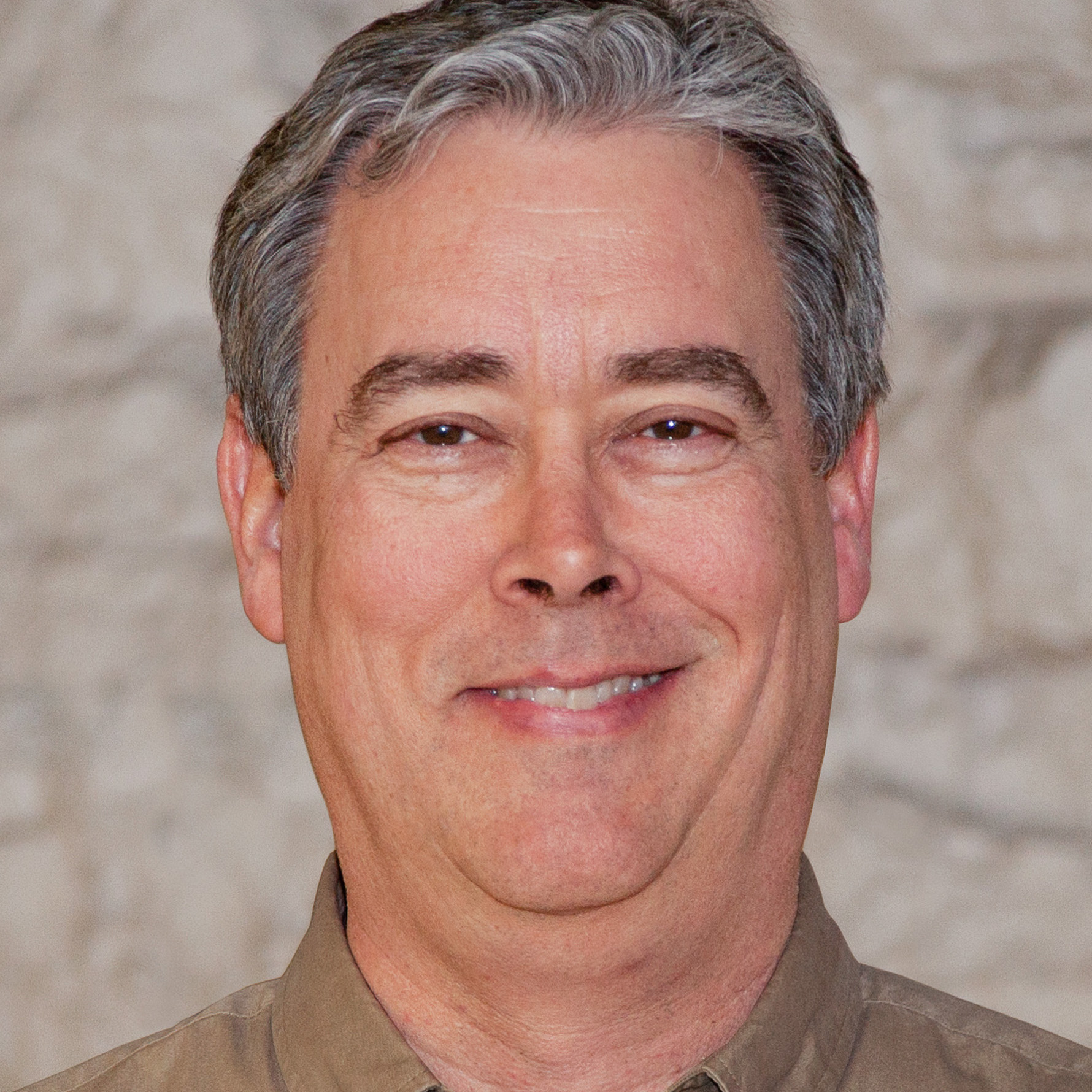