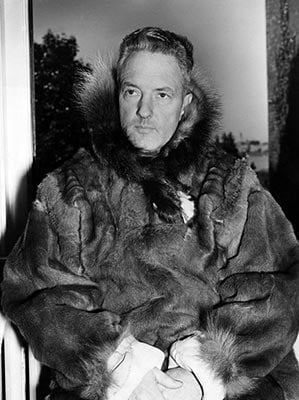 Rear Admiral Richard E. Byrd set sail for Antarctica on this day in 1939.

These were the dark days before World War II, and Byrd was charged with gaining a permanent foothold on the icy continent, and “Little America,” a group of widespread American encampments, would need to be carefully situated on the ice shelf.

The Germans were also very interested in Antarctica. Under orders from President Roosevelt, the Byrd expedition would require precise surveying equipment—one of its covert missions was to lay a firm basis for future territorial claims.

Sixty days later, the expedition arrived in Antarctica. The Snow Cruiser abruptly failed in the cold conditions, and so too did most of the critical surveying equipment. Except for Brunson’s.

We received a telegram from Dr. Paul A. Siple, the expedition’s chief scientist: “Other instruments bound [in the cold] but yours always moved freely.”

Watch the story above, in an excerpt from the documentary “Helping the World Measure: The Brunson Instrument Story.” 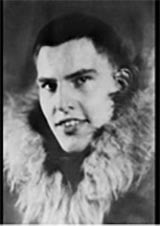 Footnote: Dr. Paul A. Siple (above) broke the tedium at the Antarctic outpost with scientific experimentation and came up with the original mathematical models for what we today call Wind Chill Factor.