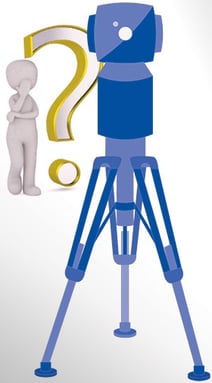 Picture what might have happened if you gave R2-D2 a laser interferometer. He may have become the first laser tracker in that galaxy somewhere, long ago and far away. There are some similarities, after all, between R2-D2 and trackers. They are both sophisticated devices that beep, spin their heads, and project light. However, instead of projecting images of Princess Leia, a laser tracker uses encoders and a distance-measuring technology to track and specify the location of an SMR target in 3-D space. Both are pretty cool.

And just as Luke had to understand R2-D2, laser tracker operators need to fully understand their trackers to get the most out of them, and avoid introducing errors, while measuring. Below is a list of some of the issues that you may want to watch out for when using a laser tracker.

Vibration is an obvious threat to the accuracy of any optical device, especially one as precise as a laser tracker. To reduce the chances of vibrations affecting your laser tracker, mount it securely on tracker stand (maybe even one of ours!). Keep it away from heavy machinery that is in motion. Perhaps talk to the guy who keeps running that heavy forklift back and forth across the floor right beside where you are trying to work. Better yet, try to halt operations that produce vibrations while taking measurements.

Shock and vibration also happen during transport of your tracker, and can affect accuracy in subsequent measurements. You may not be able to avoid this but you can avoid letting it affect your accuracy (we explain how to do this later on).

An unstable mount can be just as bad for your tracker's accuracy. You obviously can't get good measurements if the tracker is moving around. And when we say "moving around", we mean movement that may be imperceptible to the eye. An instrument mount that you don't correctly position and secure may shift while in use. To avoid this, follow the manufacturer's recommendations for proper setup and securing of your mount.

Temperature changes can also affect your laser tracker's accuracy. Changing temperatures can introduce aberrations in the optics that produce the laser beam. Allow the tracker to "normalize" its temperature in the environment in which you will use it. Temperature changes can also wreak havoc on instrument mounts as well as the thing you're trying to measure. We once were measuring a fixture consisting of a long aluminum bar, and every time someone would open a door (an interior door, mind you), the bar would shrink. Then when the door closed it would grow again. We all have stories like this, regarding sunlight streaming in through windows or HVAC systems cycling, or facilities warming as the day goes on. There's not much you can do about some of these things except be aware of them, let your tracker stabilize in the ambient temperature before using it, do your work quickly and in a way that logically minimizes the influence of temperature variations.

As kids we learned that the speed of light is 186,000 miles per second in a vacuum. However we often forget the "in a vacuum" part. Variations in air pressure can change the speed of light. In our atmosphere near sea level, light travels at a slower speed due to the refractive index of air. For this reason, a laser tracker monitors air pressure to ensure that it is referencing the correct speed of light when making distance measurements. ADM readings are modified by a scale factor taken from the air pressure readings. IFM trackers have a "corrected laser reading" described by calculations found in ASME standards.

Avoiding rapid changes in air pressure that may affect readings (maybe like opening and closing doors to sealed or airflow-restricted rooms) while taking measurements is desirable. 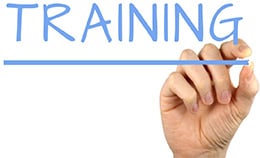 Well, uh, how can we put this delicately? Poor training is a significant source of errors. Using a laser tracker is a lot more than plopping it down on a stand and flipping a switch. Training programs exist to teach operators the finer points of getting the most out of their laser tracker, and should be taken advantage of!

Most trackers have some sort of built-in self-compensation routines that operators can run to ensure that a tracker is properly "tuned up" prior to operation. These generally involve placing SMR targets at various points and allowing the tracker to perform measurements of these targets. These self-comp routines were not developed just for fun! They work, and you should consider using them according to your tracker manufacturer's recommendations. We can attest to their efficacy.

We're certain that even R2-D2 had some sort of interim field testing to make sure he was operating correctly. Luke could not afford any failures in his X-wing fighter. But to help ensure that your tracker is not at risk of spitting out inaccurate data, you can use interim field testing. Our KinAiry system allows you to be confident in your measurements by utilizing full volumetric tests to assess the total health of a tracker in the field.

Designed to take advantage of the volumetric field test procedures described in their NIST IR-8016 publication, KinAiry is fast, easy to use and will ensure that your laser tracker is operating within spec.

If you would like to learn more about the KinAiry Solution for laser tracker field testing, visit our website or call us at 877-632-7873.