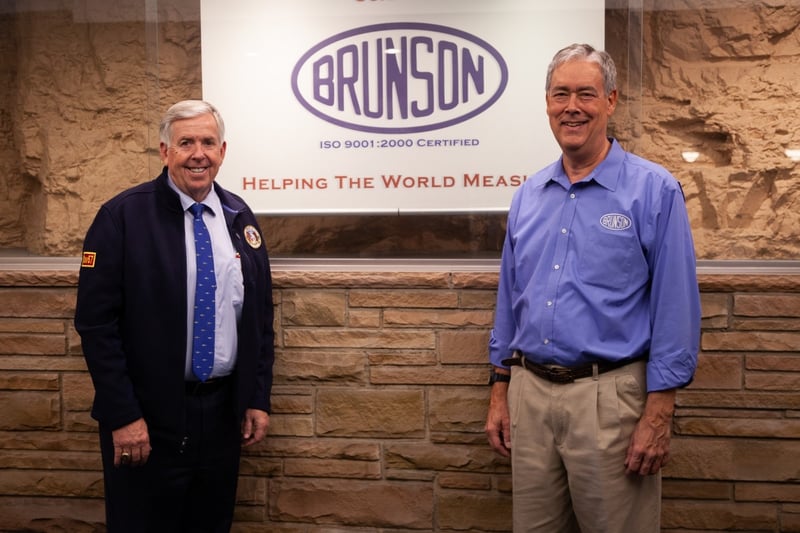 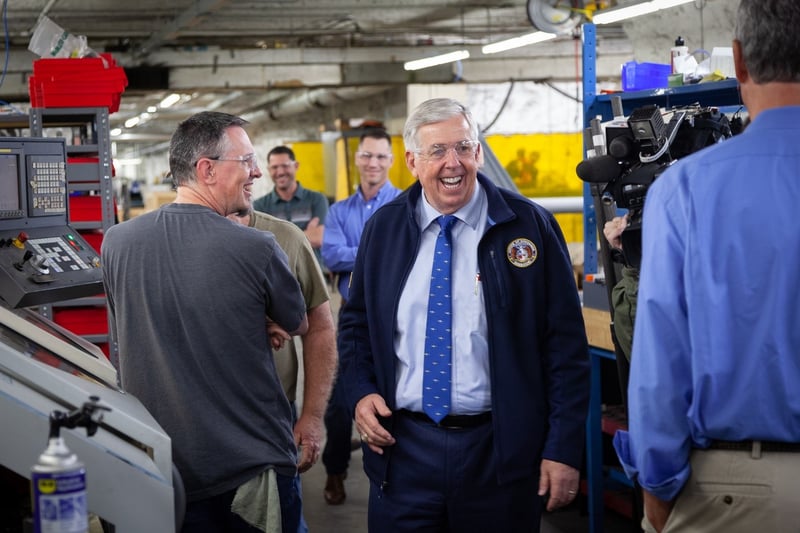 The governor shares a laugh with Brunson employees while touring the underground factory.

Although underground facilities are now commonly found in the limestone outcroppings that surround Kansas City, Brunson founder A. N. Brunson was the first to create a permanent underground factory in this area almost 60 years ago. 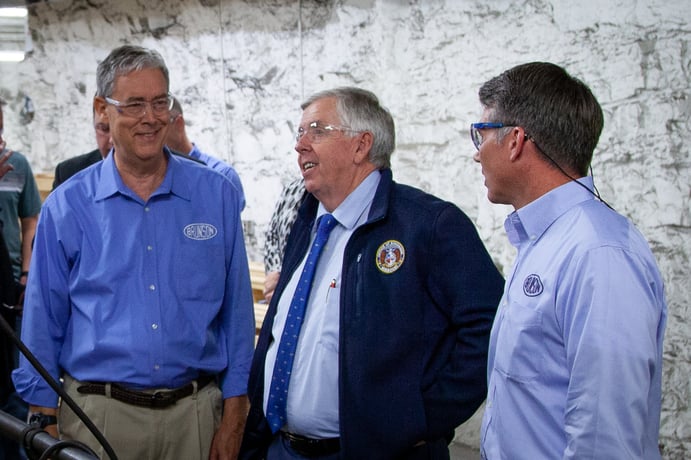 Deighton Brunson, Governor Parson and the company’s Director of Engineering Mark Meuret discuss the structure of the limestone facility during the tour.

“I got the idea that if there was a solid place we could be fine,” said Mr. Brunson at the time. The ambitious excavation of the cave was met with skepticism from the banking and business communities, where the project was called, derisively, “Brunson’s Folly.”

Undaunted, Mr. Brunson and his brother excavated over 140,000 tons of limestone, carving out the underground factory over a 5-year period before the company moved permanently to the vast complex in 1960. 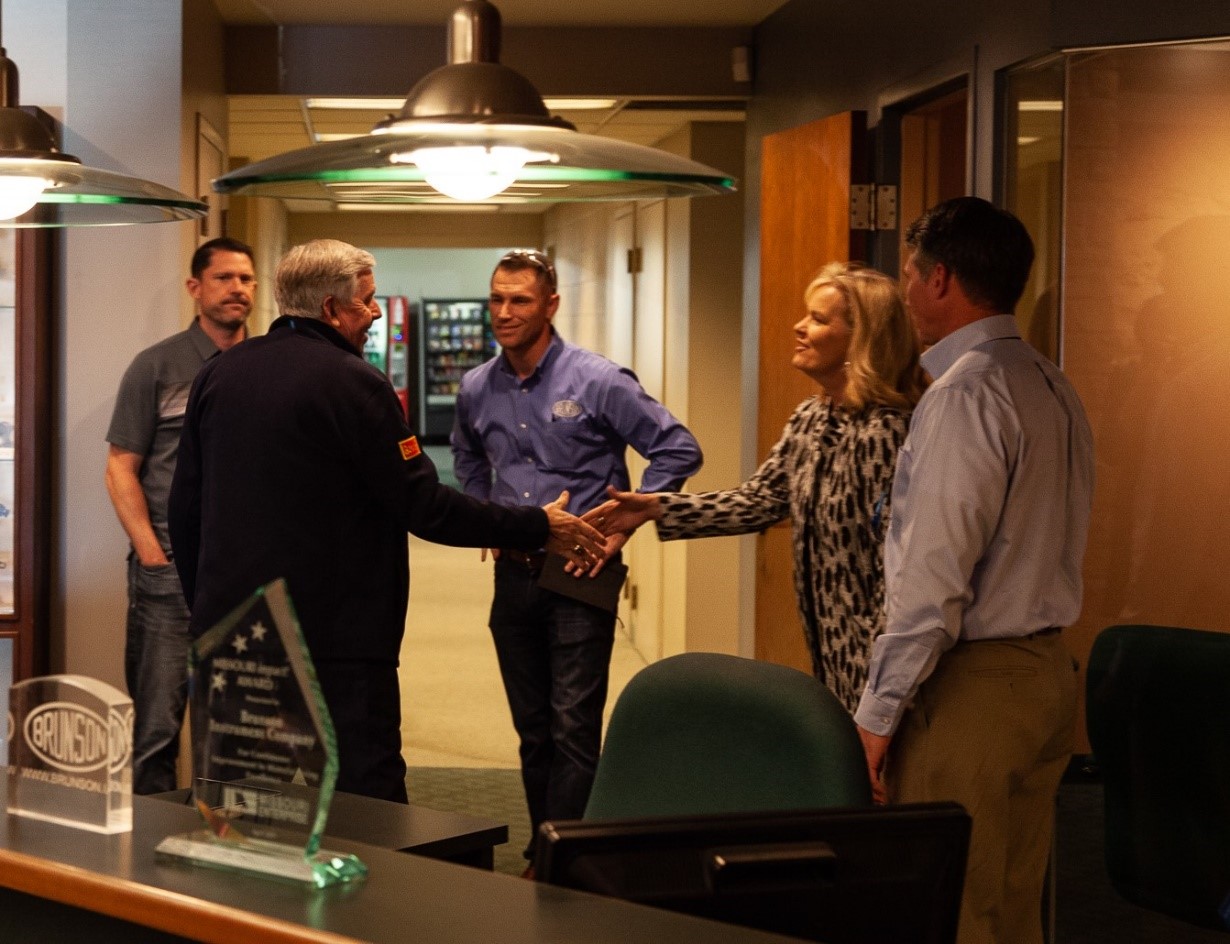 Brunson employee Martie Russell, right, greets the governor. Russell is a member of the company’s ESOP committee, which works to help employees understand the value of ownership.

Brunson Instrument is an employee-owned company. Brunson’s more than 70 employees participate in an Employee Stock Ownership Plan (ESOP), an employee benefit plan that gives workers ownership interest in the company.

Interested in learning more about Brunson’s history? See this story about the company’s early product breakthroughs.